“I stand in front of my desk, feeling five pairs of eyes watching me
in the candle light. I point one hand upwards towards the sky,
and the other down towards the earth.”
~ Robin Wildt Hansen

When I sat down to write this review, I knew that I was going to use the term “Tarot sci-fi”. Even though I have since come to know that the “real” term for this type of writing would be “magical realism”, Tarot sci-fi certainly fits. Hansen has taken the Tarot Major Arcana, and used them as a background for writing about the initiatory process. The reader is taken into magical worlds, which contain magical elements, with the aid of a protagonist that inhabits the real world.

We are introduced to Hansen’s protagonist, Arkin, who is a high school age boy whose mental state borders on schizophrenia. His touchstone is numbers – everything around him must be in even numbers – the instability of the odd number having the potential to create danger. His books in his room at home are all placed in piles of eight – this is how it should be.

Arkin experiences a breakdown while at a party with his friends from school. When he wakes up, he finds himself still at his friend’s house, being addressed by his friend’s father, John Francis, who is a psychiatrist. He is offered help, if he is willing to be admitted to the psychiatric ward where Dr. Francis practices. In the end, Arkin decides to agree to be admitted. Here he meets another doctor, Dr. Memphis, who wants to put Arkin on traditional therapy.

Arkin is admitted for observation, and makes the choice to work with Dr. Francis, in his spiritual healing program. Dr. Memphis, however, insists on the stipulation that if Arkin dies within the next five years, his brain goes to Dr. Memphis for study.

The scenarios that follow present the path of initiation through the Major Arcana of the Tarot. The reader moves in and out of the physical world, into spiritual/magical worlds where wisdom comes at a price. The reader’s perception of what is real and what is not is tested, sometimes in very surreal ways. Anyone who has journeyed, or who has worked on personal initiation, understands that letting go of reality, and being willing to experience alternate realities (madness, if you will) is necessary for personal empowerment.

Tarot per se is not referred to in this book, except as the basis for each chapter. It would be helpful if the reader had a strong background in the Tarot, and some idea about the initiatory process, before they read this book. Otherwise, the story, as good as it is, is simply a story.

This is an excellent novel, very well written, with a solid basis in the Tarot, and with a solid understanding of the initiatory process. It will expand the thinking of the reader, and perhaps help them to see both the Tarot and themselves in a little different light.

Posted by Bonnie Cehovet on February 8, 2015 in fiction books, Tarot

What’s In A Number?

What’s In A Number? 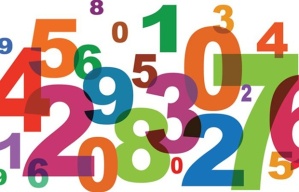 What’s in a number? Numerology is a science in and of itself. For those of us that read the Tarot, numerology has a definite place. I recently had the privilege to read the book “Marseile Tarot – Towards the Art of Reading”, by Camelia Elias. Regarding numbers, Elias talks about the cartomantic oral transmission that numbers signify quantity and direction, or length. She also makes an important point in that cartomancy is a system that has developed from making logical inferences.

Aces are defined as new beginnings: Ace of Cups (house), Ace of Batons (an opportunity), Ace of Coins (wealthy means), Ace of Swords (death, or a decision).

The Two’s are viewed as either cooperation or “splits”.

The Three’s are viewed as either increments or scattering.

The Four’s are viewed as either stability or constraint.

The Five’s are viewed as health and the body (i.e. five limbs).

The Six’s are viewed as paths and choices.

The Seven’s are viewed as challenges.

The Eight’s are viewed as wishes and fears.

The Nine’s are viewed as changes.

The Ten’s are viewed as “a little, and a lot”, endings spilling over into new beginnings.

Allow the story to play out … allow the numbers to talk.

Posted by Bonnie Cehovet on February 7, 2015 in Tarot